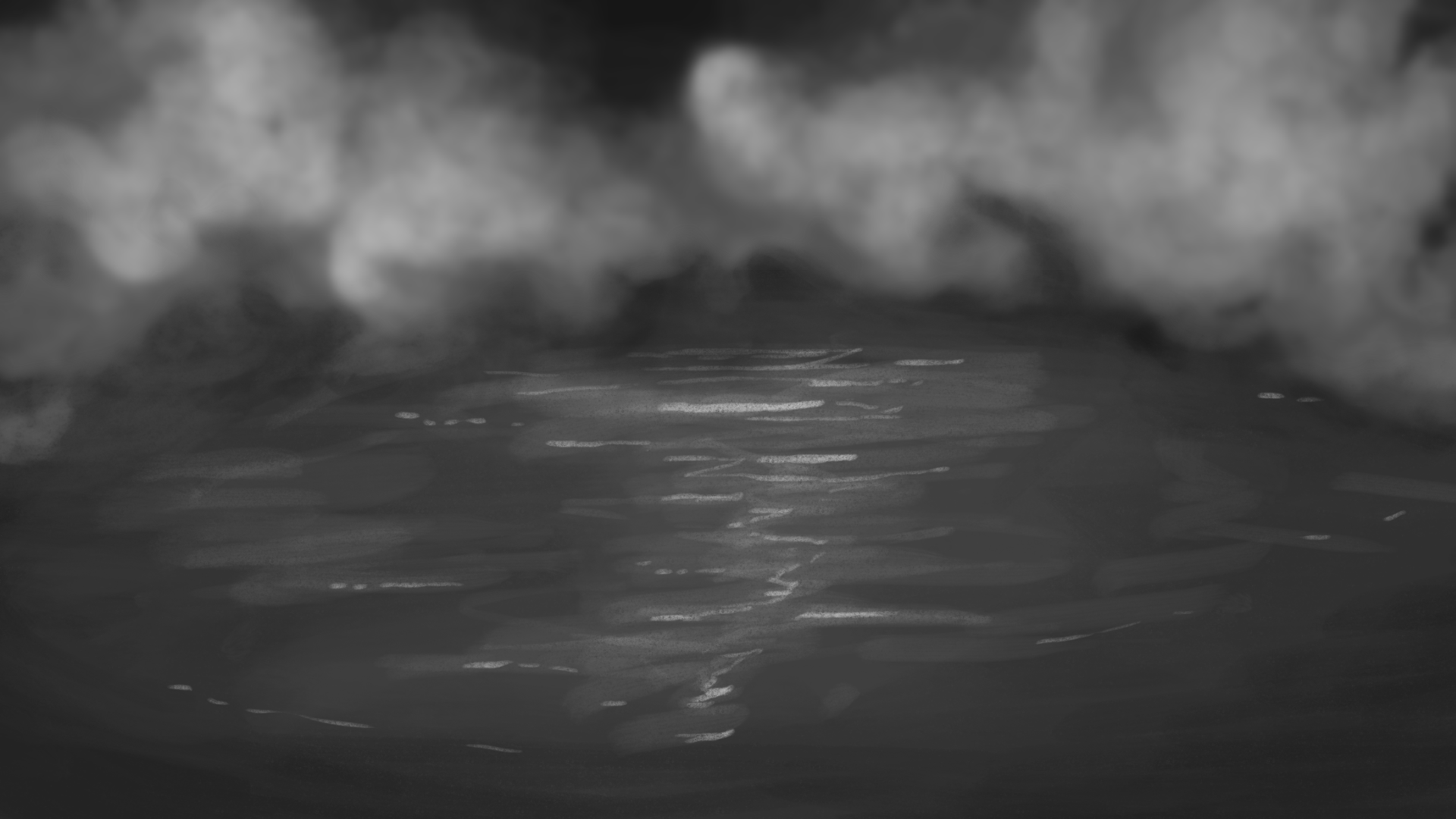 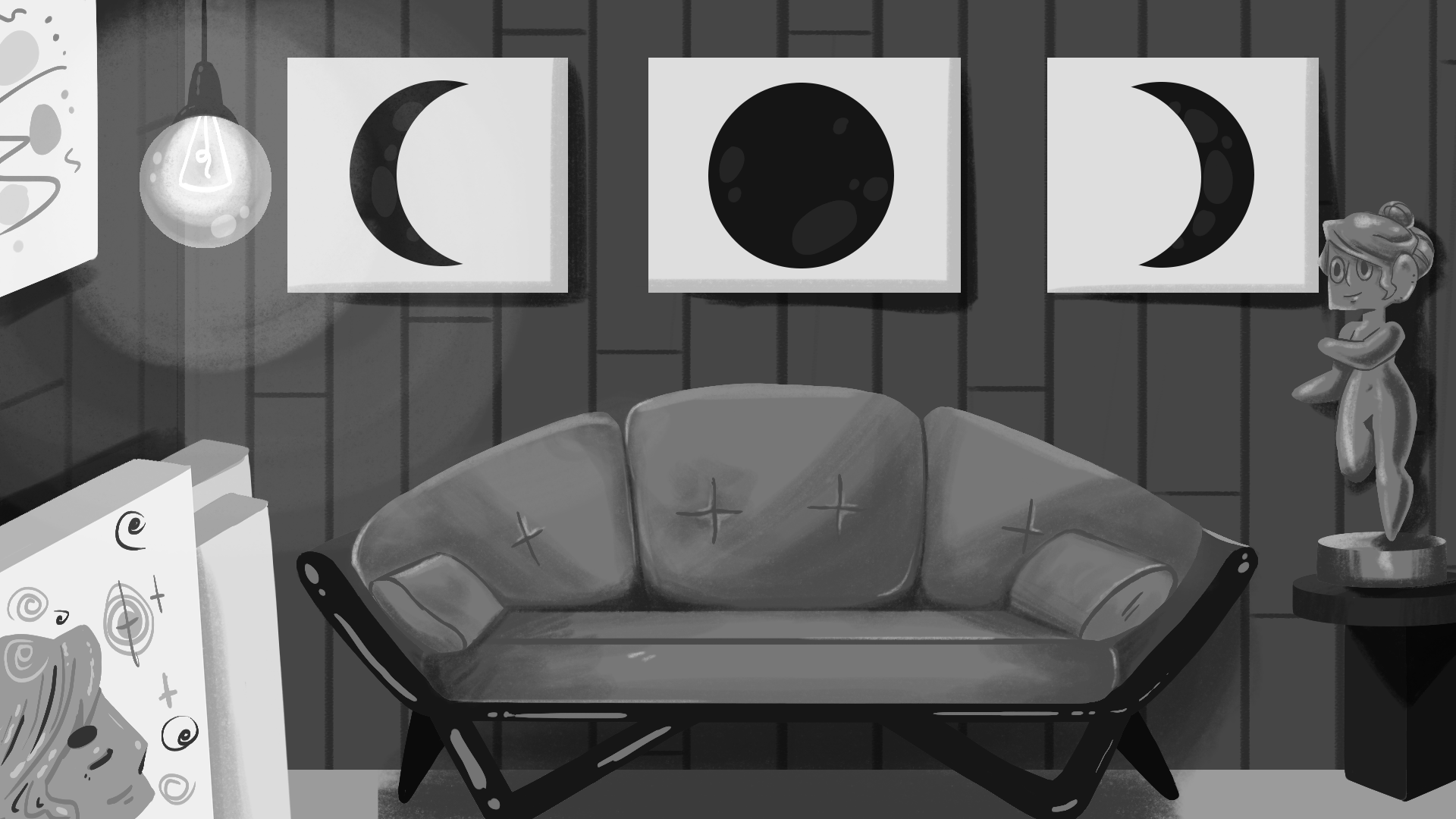 interior of Ingrid and Mona's home 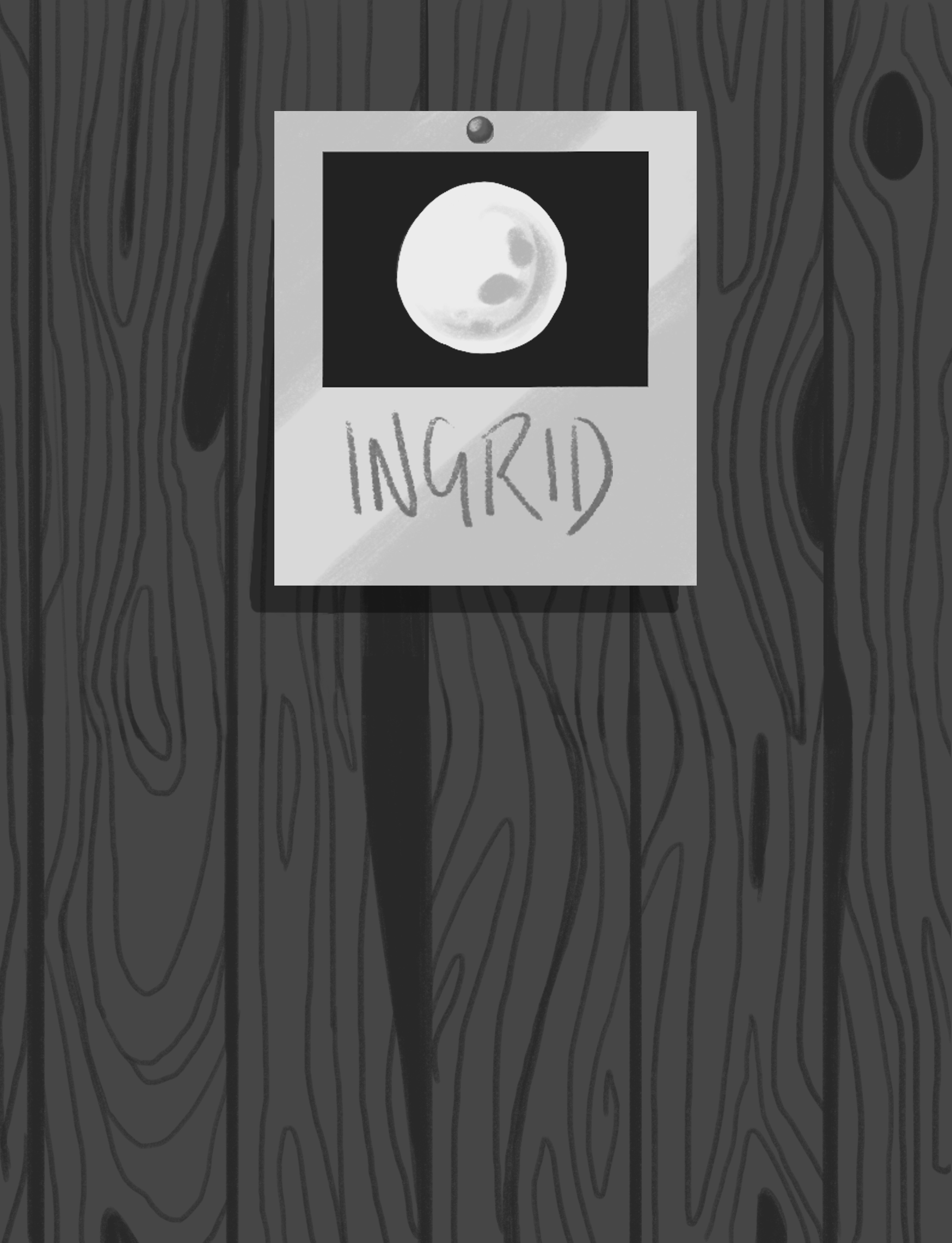 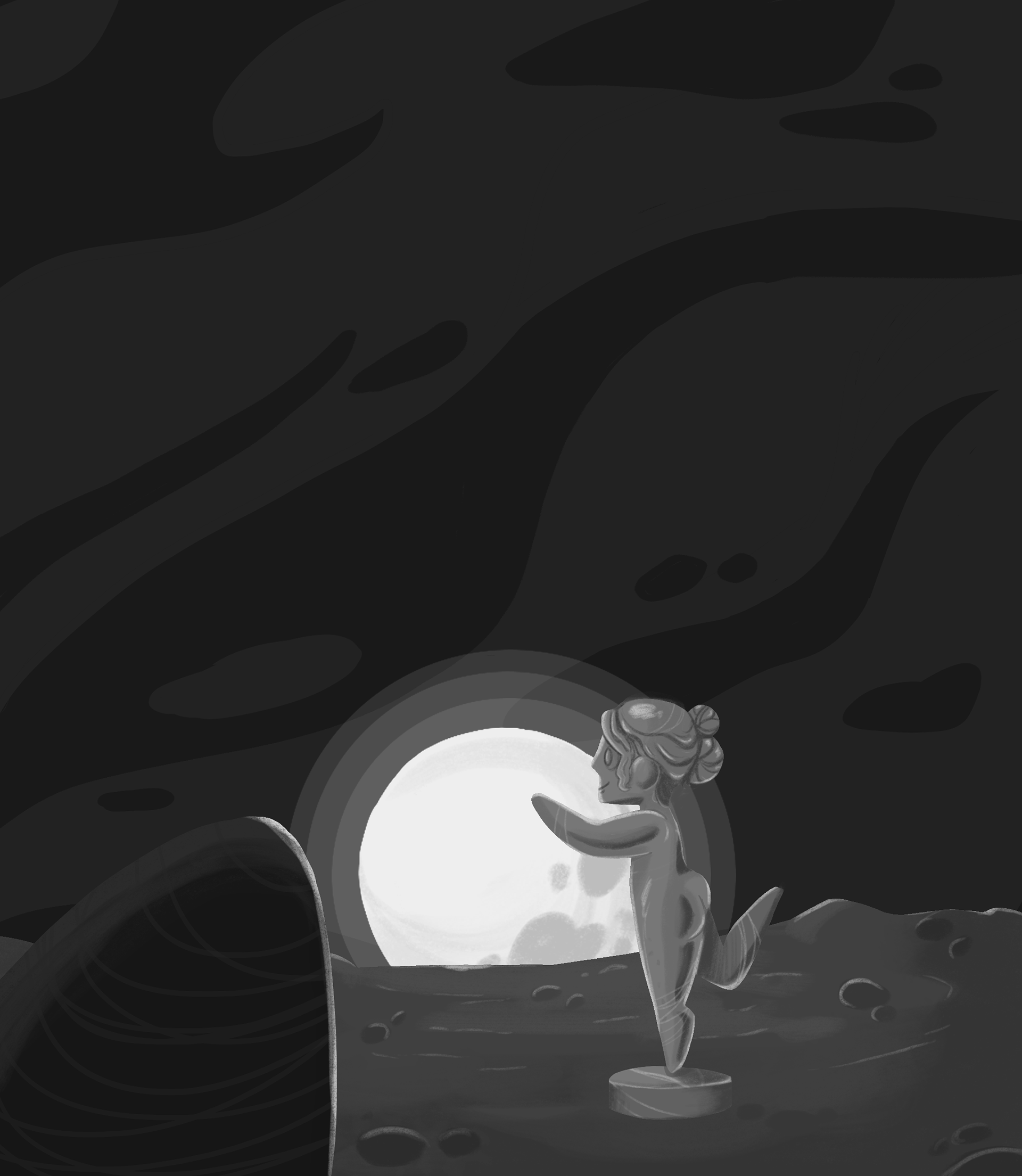 statue next to the moon 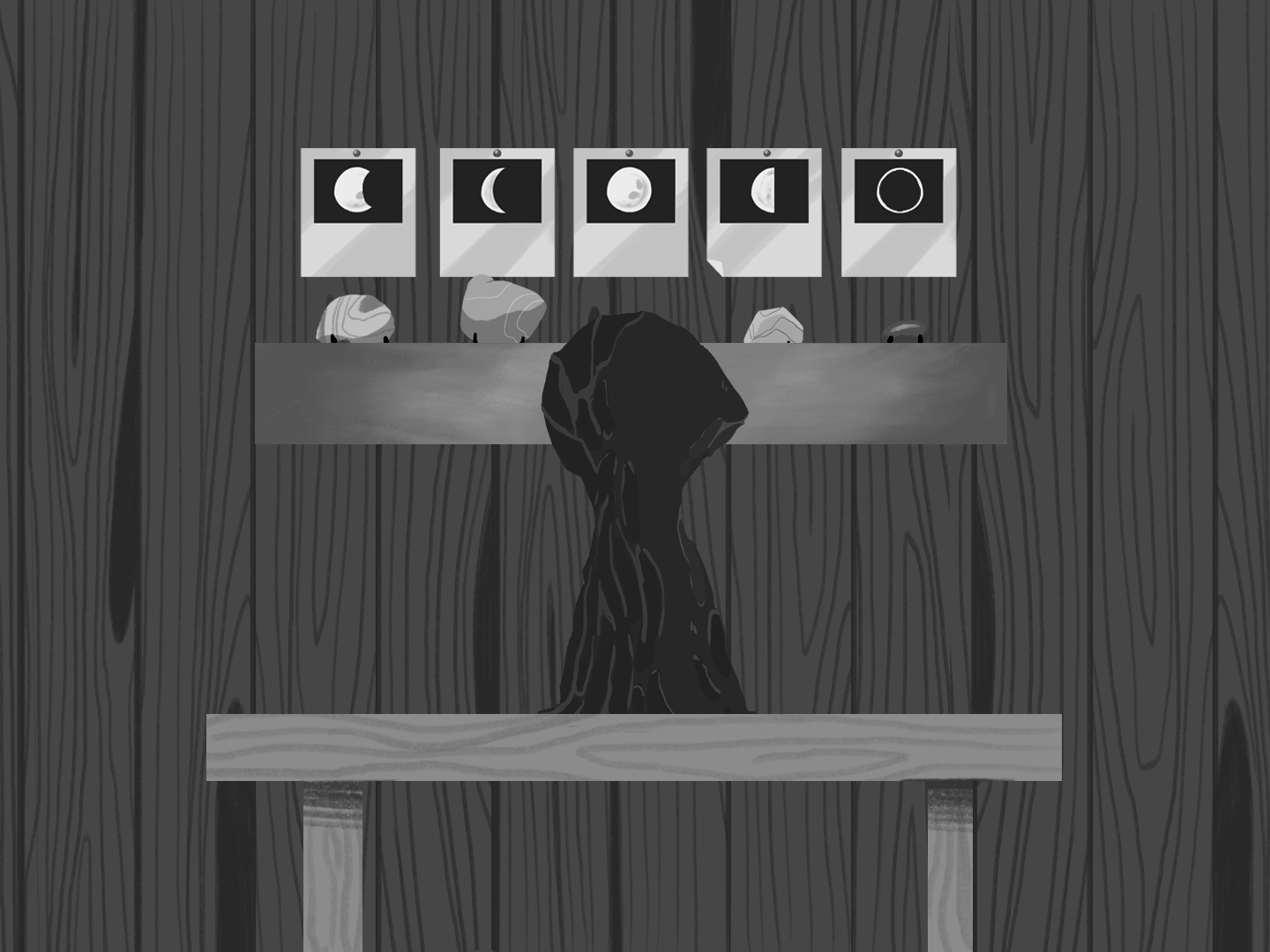 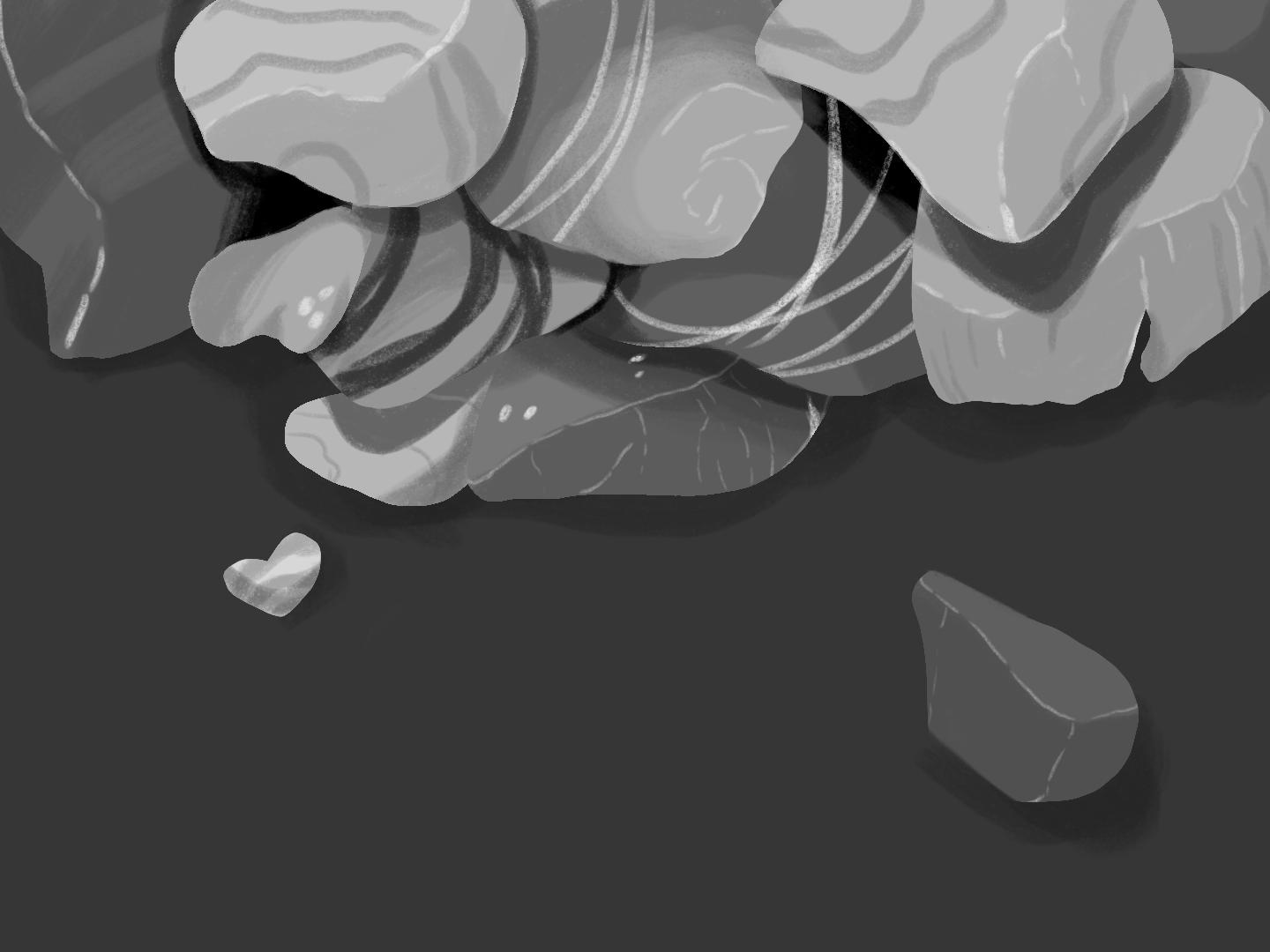 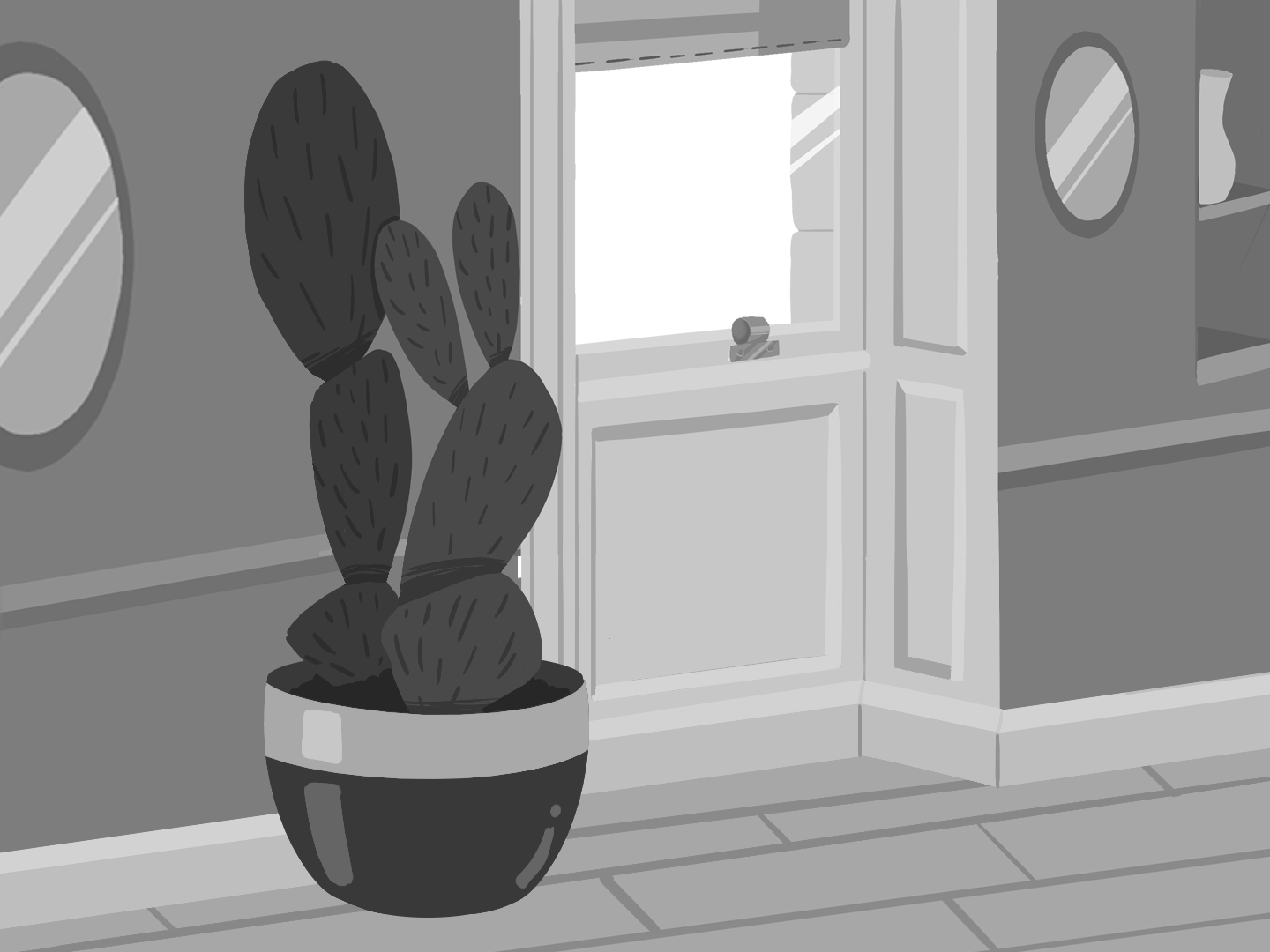 another interior of Ingrid and Mona's home 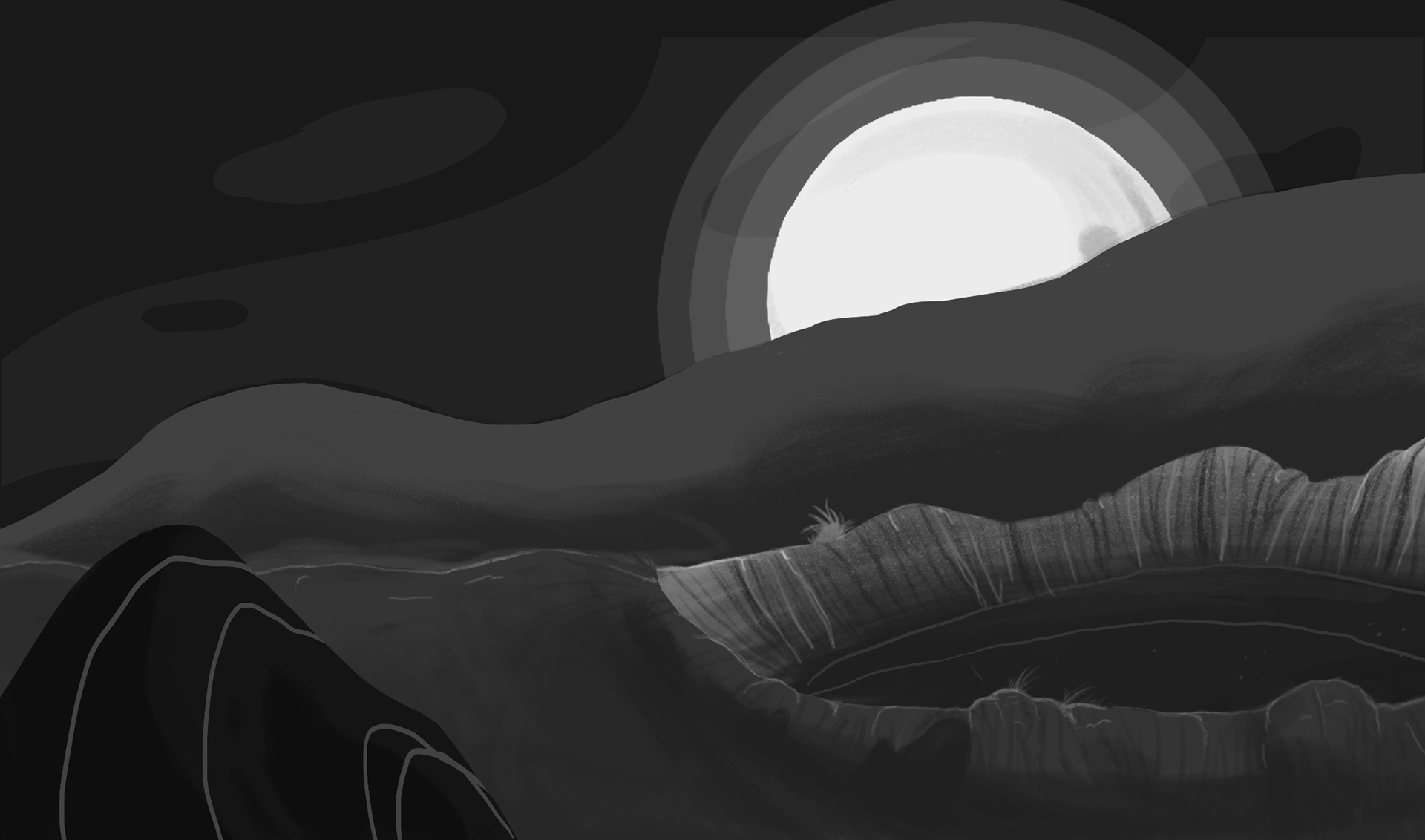 Storyboard scene from the beginning of the film

Storyboard for an establishing scene of the film

Storyboard from the middle of the film

Storyboard from the end of the film

Woman of the Moon is my 2019 MFA graduation film from Edinburgh College of Art. The concept of the film was to capture inspiration in its rawest form. Those electrifying, dazzling moments of sheer inspiration. At the time of making this film I was going through a deep art block. I felt as though I had lost the igniting factor that pushed me to make and I made WotM about that feeling. It developed from a film I had been writing several years prior about a grandchild and grandfather, who found inspiration in each other. I had shelved the idea then because it didn't feel right. I picked the concept back up in the final year of my masters degree.
"Artists can spend years trying to understand inspiration’s intense and fleeting nature. Trying so desperately to hold onto it and chasing it when it’s gone. Woman of the Moon is the tale of how one finds inspiration".
Date:
May 2019
Client:
Degree film for the Edinburgh College of Art
Me!
Role:
Director, Art director, Animator, Storyboard artist, Editor​​​​​​​
Crew:
Black Goblin - Sound Design
Nick Harbourne - Composer
Madeleine Sayers & Gary Wilson - Colour assistants
Software:
Adobe Photoshop
Adobe After Effects (Includes use of Red Giant's Trapcode Particular)
Adobe premier Pro

Office of the Secretary of State for Scotland

GIFs
↑Back to Top